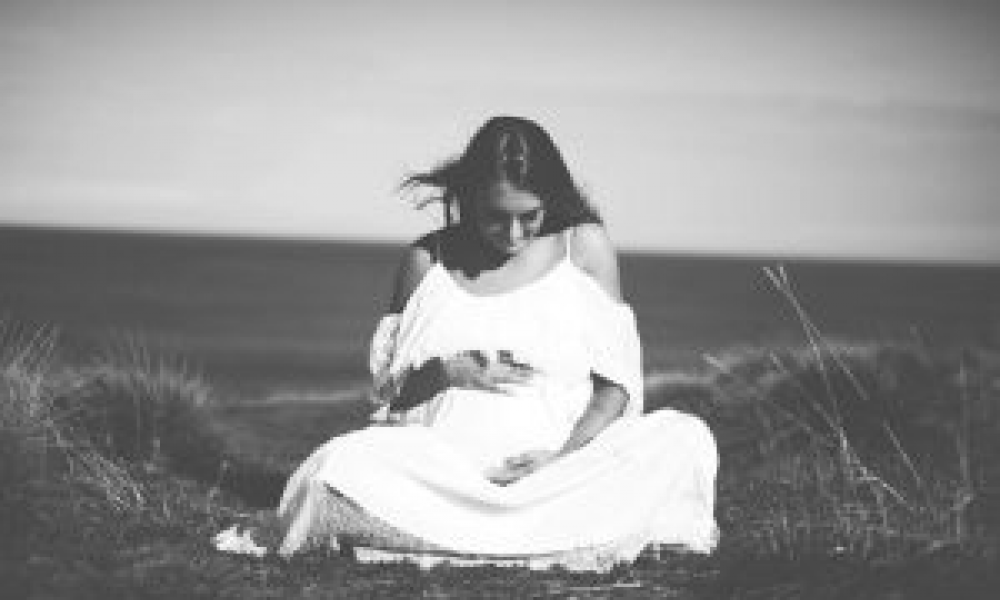 It wasn’t an easy task accepting my pregnancy as a single mum, but it was definitely the most beautiful experience I have ever had, not only achieving everything I did but proving to myself how strong I really was, being able to carry after thinking I couldn’t. My body did amazing things and grew such a beautiful angel baby that didn’t deserve to have his life taken so soon. He was my miracle baby after having 3 previous miscarriages.

But my pregnancy almost killed me.

A week later and my body was still fighting for my life because when it was too late, I was told I had severe preeclampsia. My kidneys were failing, my blood pressure was so high it nearly caused me to have a stroke or seizure, my body was fighting so hard for too long to keep my boy alive that it took his life in order to keep mine.

I didn’t know every detail about preeclampsia. I knew about it, I knew my best friend had experienced it with her little girl, but I didn’t know how sick my body actually got. The worst thing about it was that I didn’t get told I had it until I had the nurse sit on the end of my bed, at 32 weeks and 5 days, in front of my ultrasound to tell me my precious little Kaycen no longer had a heart beat. No words you ever want to hear, no words you ever imagine hearing so far into your pregnancy.

I knew from 26 weeks something wasn’t right, from the horrible swelling in my feet, hands and face, the headaches that lasted weeks on end, the blurry vision, my blood pressure going up and down. I knew that these weren’t just normal ‘pregnancy symptoms’ but after numerous amounts of doctor’s visits, in and out of hospital, even trying to contact another hospital for a second opinion, I was told it was just normal or I’d get ‘I’m actually not too sure’ and sent home. I was told I couldn’t be looked at unless it was by the hospital where I planned to have my baby.

For 6 weeks I was sent home after going in every time with the same thing and having every symptom of preeclampsia. For those who don’t know what preeclampsia is, it’s a disorder of pregnancy characterised by the onset of high blood pressure and protein in the urine. In severe disease, there may be red blood cell breakdown, low blood platelet count, impaired liver function, kidney dysfunction, swelling, shortness of breath due to fluid in the lungs, or visual disturbances.

Preeclampsia increases the risk of poor outcomes for both the mother and the baby. If left untreated, it may result in seizures at which point it is known as eclampsia.

Mine was left too late and I had already lost my son before he got to chance to see the light of day.

The Tuesday before I was in again, for the exact same things as every other time, I felt stupid I felt like they were just thinking I was complaining about my pregnancy, but in reality I knew something was just not right.

They told me they were going to give me an ultrasound, but the doctor was in a meeting and I had to wait. Wait 2 hours to be sent home once again with no bloods or ultrasound done, just to take Panadol for my headaches. That was 3 days before I felt my son never move again.

Three days before I got told that I had serve preeclampsia and that my baby had no heartbeat.

Three days before I had to be induced and be in labour for 12 hours before I finally hold my breathless and lifeless son.

If only. If only they had done a ultrasound that day to see that my placenta was failing, if only they had done my bloods to see how toxic my blood really was at that stage. It may not have changed the outcome of what happen but the thing is, I will never ever know.

I don’t want to play the blame game, but to be so neglected and feel like I wasn’t listened to by people who I put the life I was creating in their hands.  To be let down as much as I was, is not something I would wish on my worst enemy.

I want to raise awareness so no mother, no family ever has to go through the pain, heartbreak and loss I’ve had to go through.

I felt my son’s last movements on the 26th of July around 8.30 to then not be able to find a heart beat the next morning at 6am. I had to go from having my whole life line, my world move around, and be healthy in my belly to then be induced to deliver my sleeping baby.

I had lost my gorgeous little boy due to the system letting me down, and not listening to me when I knew something was wrong. I had to watch my family be so heartbroken over the loss of their nephew, grandson and cousin, and myself because no one cared enough to help when I needed it.

I want people to know my story so they know when their gut is telling them that something is not right to fight for answers, to travel back and forth until they know what is going on, to make sure they are listened to because I now have to go home to a nursery full of everything I needed to raise my little boy, now an empty cot that my son never got to lay in, to books I never got to read him, to his favourite outfit I never got to dress him in, all because I was not heard. I now go home empty handed with a heart so broken that is going to take a long time to heal.

Please listen to your body, I know some people don’t have to go through the stress I had to go through weeks leading up to my son’s death, the drama people were causing me, or people even have to go through something worse. These little lives we create inside our wonderful bodies rely on us, we have to look after ourselves just as much, and I couldn’t imagine any other mother having to feel like they failed their child like I’ve had to.

I know my little Kaycen will live on through me and everyone’s hearts he touched.