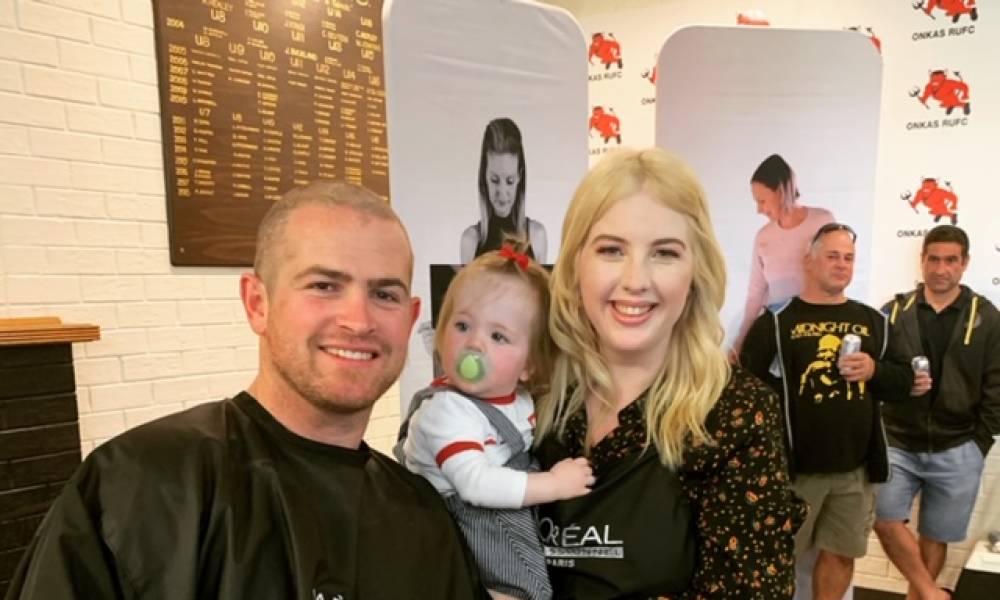 A local Adelaide father has helped raise more than $30,000 by shaving off his dreadlocks, in an effort to raise awareness of stillbirth in honour of his son Alfie.

Scott and Alex Warren experienced the devastation of delivering their son stillborn on 11th July, 2017. Soon after, they found a connection with the organisation Still Aware who work to raise awareness of stillbirth and work closely with bereaved parents to help break the silence surrounding stillbirth.

“I recall sending messages back and forth with Claire shortly after Alfie died. This helped me more than I can ever explain. To speak about Alfie with another bereaved mother really helped me. I felt so alone and harboured so much guilt for what had happened. It was so nice to have someone to talk to”, says Alex.

Having worn his dreads for more than 25 years, Scott decided to shave his locks for the charity and Alex began planning a fundraising event in conjunction with their local football club at Onkaparinga. The couple first set themselves a fundraising target of $5,000, but as their event ‘Wazza’s Shave’ drew closer, they had already raised close to $20,000. By the time Scott’s dreads were gone, they had achieved a fundraising total of $30,000.

“To think that two bereaved parents and a head full of dreadlocks, could achieve such a total, is incredible.

To hear our friends/family and now wider community talking about stillbirth and remembering our son, it means the world to us. It shows that despite Alfie’s life being so short, it meant something, and his death had an impact that will last a lifetime.”, says Alex.

According to Still Aware founder Claire Foord, community fundraising like this is vital for the organisation to operate.

“We currently receive no government funding, and solely rely on the generosity of donors, volunteers and businesses who donate their time”, says Foord.

Through the fundraising efforts of Alex and Scott, Still Aware will now be able to communicate better with both culturally diverse and lower SES communities for the first time. The funds will be used to create information without language, and in an illustrated form.

“By creating culturally and linguistically appropriate information, we will be able to reach more families and help keep their babies protected and safe, to help aid preventable stillbirth in Australia”, says Foord.

Still Aware is the only organisation in Australia dedicated to saving babies lives by working hard to communicate safe pregnancy advice to help end preventable stillbirth. They do this through raising awareness and providing education to expectant families and antenatal carers.